You've now found your pizza menu printing experts. We offer the widest range of takeout, restaurant & direct mail pizza menu printing services in NYC with everything you need to keep your customers wowed with your selections. We even print same day. 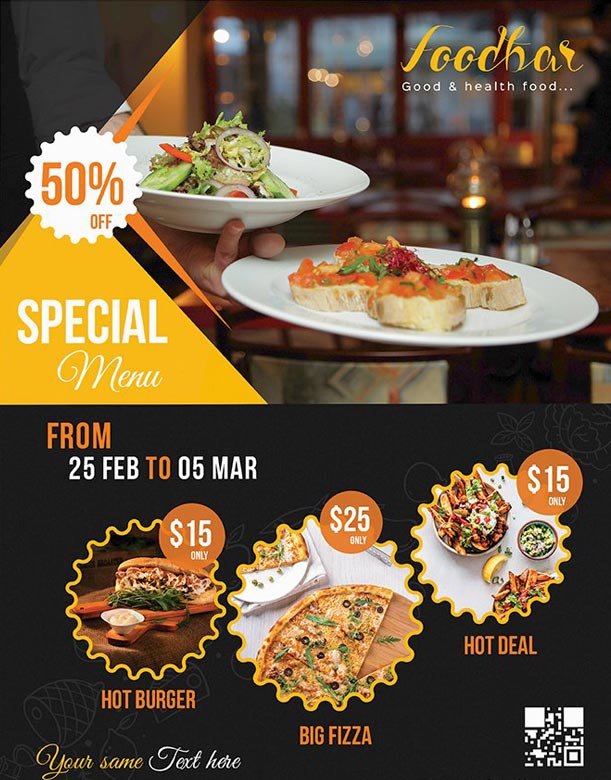 Seeking a printed pizza menu? We’ve got you covered. At 1800-Printing we understand the importance of takeout pizza menu printing as the main marketing and promotion tool in your arsenal. We offer a wide variety of formats and finishes for your pizzeria menus as well as same day printing with pickup in either our Manhattan or Brooklyn locations. Just send us your delicious menu design and let us take care of the rest.

All our pizza menus are of the highest quality and produced for you in the shortest possible time. We also offer unique Direct Mail service delivery of your menus which saves your time and promotes your business to the right customers in your local areas. Our menu options include folded menus, binded menus, placemat menus, menu inserts and table tents. Order yours today!

Custom menu printing for your restaurant

Menu printing services for instance come in a variety of sizes, paper stocks and finishing options. Your restaurant’s menu specifically should be the most important printed item for your business. Whatever type of food you serve, the use of menu printing will give your restaurant’s an appetizing presentation right from the start. Your restaurant menus are no doubt the most compelling element in providing a complete service experience for your visiting customers. We print all restaurant and pizza menus sizes using 60LB, 80LB , or 100LB gloss paper, which provides them with a great deal of durability. We print menus in a wide range of standard and custom sizes to meet your needs.

While a picture may be worth a thousand words, ‘food photography’ is very difficult and expensive. It is important to realize you will gain more advantages, by contracting a good photographer to make your piece appealing. Prevent this business challenge by using descriptive language coupled with well selected clip art illustrations to print attractive take out menus that make your customers’ mouths water!

Also known as letter folding, the tri-fold menu is presented in the same style as the letter on the envelope (hence the name). It is folded in two places and the menu is divided into three evenly sized, rectangular sections. The three-part menus are very versatile and convenient. Not only are they very economical, they are also neatly folded into small compact sizes, which normally fit into full-size bags and legal envelopes. But when they are fully opened, all the information inside becomes suddenly visible. The triple folds are easily distributed and displayed on menu shelves.

When opened, the tri-folds show all information step by step. This gives their design a sense of time and order, as the public will see each section open one after the other. And because the three inner panels will be opened at the same time, the content and images can be made to really jump into the reader. Think of this as a “grand opening”. In the image above, you can see how the menu opens to show the most important and interesting aspects of the centre: a corporate success story and a global vision. Since this is a common folding style, many people will find a menu in three parts and learn how it works. This ensures that your audience is not embarrassed and opens your menu in a way you didn’t think was possible. As a result, they will not get to your content in the wrong order.

Because of the way you create a tri-fold menu, the folds can disrupt larger images and graphics. This makes triple-layer folds less suitable for image menus that show your products. Think of a menu with the latest BMW sports car. You’d like your images to be big and everyone to talk, right? In a three-part menu it won’t look so striking because the folds will disrupt the car’s beautiful image. And if the images were made to fit on one of the menu panels, they would be too small to be fully effective.

Also known as half fold, the bi-fold is a sheet folded in half. Folded in one place, it gently and evenly divides the menu into two parts.

The bi-fold menus are much wider than the triple folded menus, opening up many creative possibilities. Unlike tri-folded menus, bi-fold menus have only one fold, allowing more or more images to be used without folding, interrupting their effectiveness. As you can see in the example above, the photos cover one or both panels. In some cases, even multiple images are blocked around the text. Their beauty would be stained if more than one crease was falling on them.

Since menus with two folds are larger, this can help you get more attention. They may be simple, but they don’t have to look simple. Take this opportunity to make the most of the increased space to create more creative designs. If you want, bleed these images! Or use this white space to create clean, contemporary designs that will bring people closer to your menu with admiration.

While the extra width may give you more space to play with the design, it also means it may not fit in the menus and menu shelves of hotels and hotel centers. Keep this in mind if your business depends on the tourist movement.

How to design the perfect Pizza Menu

Place the name, number, location and website of the pizza place at the top of the menu and on the front panel. You want people to remember you, so they can tell their family and friends. Remind your customers who you are, how to contact you, and where you are.

Highlight a topic for your menu. For example, if your pizzeria is focused on elegance, focus on a design that is composed of darker, more modern colors. If your store is old-fashioned, think about creating a black and white menu.

Divide your menu into sections. The design of your menu should take into account the customer’s wishes, allowing you to follow them easily. Sections achieve this by dividing everything into groups. For example, placing snacks in the top left-hand corner of the menu, salads and soups in the bottom, standard pizzas in the middle of the menu, special pizzas in the bottom and drinks on the right-hand side lead to an easy-to-read menu.

Show the price of each menu item. People usually don’t like to look at the menu and see the empty place where the price should be. Some entrepreneurs may believe that this is a strategy to get people to order more expensive items they don’t normally order, but it’s usually just annoying and certainly uncomfortable for customers.

Determine whether a paper menu or a laminated menu is more useful. If your pizza place is both a local restaurant and a sitting restaurant, it is probably best to combine both a paper and a laminated menu. If it’s just a restaurant on site, laminated menus don’t make sense and the customer cannot take the menu home.

Include options for slices and whole pies if your store offers both. If your store is mainly focused on slices, make this option the main focus of your menu, increasing the “Slice” selection and doubling the font, but enable the option for the whole pie below. Link the prices for both.

Describe each product offered. A short and concise description of one to two sentences is sufficient. Give people a preliminary description of the pizza and tell them why they should order it.

GET A FAST QUOTE

Join our mailing list and get 10% OFF your next print order. Jam-packed with specials, printing inspiration and more.